In late June 2020, I sat in a hospital room with my mother as we waited for my father to die. He had spent the previous two months in and out (mostly in) of hospitals as the world fell apart around us.  Just the day before, we had to make the decision to no longer fight against everything he was going through.  Because this was still the early days of the Covid pandemic, we had not been able to spend a lot of those hospital stays with him.  We would drop him off at emergency rooms and my mother would be able to go in with him to get him checked in while I waited in garages and parking lots.  From there it would be mostly phone calls with him multiple times a day, trying to figure out what was happening long-distance.  After a major procedure, he was home for a couple of days before complications forced him back into the hospital one more time.

I don’t even remember how long he had been in the hospital that last time.  One week?  Two weeks?  April, May, and June of that year all blend together.  But I remember the last day.  Once he was moved out of intensive care and into more palliative care, the hospital allowed us to visit him for an hour or two that night.  He was in and out of wakefulness (I don’t want to say consciousness because that sounds much direr than I want to remember) for the time we were there.  But we had to go home and I don’t think either of us got much sleep as we anticipated the phone ringing to give us the news.

But there was no call that night and in the morning, they allowed us to visit again.  This was during the first Covid spike when hospitals weren’t allowing visitors but the palliative care was removed enough from any Covid patients so they allowed us to stay with him.  That day, he wasn’t awake at all, shallowly breathing and not responding to us.  We sat and waited.  The hospital chaplain came for a nice visit, offered last rights (my father wasn’t a particularly ceremonial man but I hope that he would have appreciated the gesture,) and then we waited some more.  At times we talked like nothing was happening.  At times we talked like it was the end of the world.

Sometime in the early afternoon, the nurse came in to check on him.  His breathing had continued to slow down but he was still with us. She checked his catheter and then something happened; he shuddered.  The nurse didn’t notice and walked out of the room but my mom and I recognized the moment for what it was.  It’s a moment that I will always be grateful for but one that still is painful to think about.

I’ve always wondered what it was about that moment.  What happened then?  Why then?  And what (if anything) did my dad experience.

Over the rest of that summer, it’s amazing how many books I read about life, death, and particularly the death of a father.  From Gabriel Ba and Fabio Moon’s Daytrippers to Paco Roco’s The House, I just seemed to be picking up comics about death.  Daytrippers is this odd Carpe Diem story where the main character dies each issue only to have the next issue pick up at some point in his past or future as it moved toward another death.  Roco’s The House meant more to me last summer, the story of the children of a man who died who have to clean up the house where he lived.  For my mom and me, that ended up being a 10-month process I read that book towards the start of the process.

But none of the books I read approached the moment of death like Chip Zdarsky, Elsa Charretier, and Aditya Bidikar’s We Run, a minicomic that Charretier included in a Kickstarter campaign.  Much like that June day for my father, this comic opens on an old woman in a Parisian hospital in the moments before her death.  But unlike my father, there’s no one there to watch over her or to hold her hand except for a couple of nurses.  There’s no spouse, no children, or no next of kin.  The nurses walk out of the room to leave the woman alone.

Except for some part of her is still there.  Her soul?  Her self?  A ghost-in-waiting?  Some part of her is there waiting for Death. And when Death comes, complete in dark robes and a scythe, whatever it is of her that remains says “You’d think being alone would make it easier to go, but…”  And thus begins her race with death.  To death?

Throughout this race, this challenge, the woman remembers her life.  It’s a cliche that our lives pass before our eyes in those final moments but that’s what Zdarsky is giving this woman, the chance to revisit her life and her loved ones.  She’s not alone in this moment because she never had anyone; she’s alone because they’ve all gone on before her.  “I’m mad at the ones who let their cholesterol go unchecked who drove recklessly who burned too brightly left too young while I held on, like a fool no matter how much it...hurt.”

I know that my mom is going through that anger at my dad right now, even 16 months later.  She has me, my family, her family, her friends but she doesn’t have my father and she’s angry about that.  I’m angry about that.  Zdarksy writes this woman who is angry in these final seconds but Death gives her perspective. It gives her memories and that’s something that hopefully all of us have and will have.  Zdarsky’s writing is surprisingly sentimental here; he’s usually more jokey and glib in his stories so it’s easy to not realize (at least for me) the range that he’s capable of.

Charretier is a master of suggestion.  She provides enough details in her drawings to suggest to the reader what’s happening and how they should read the panel or the page.  She only puts down on each page as many marks as she needs to, leaving shapes and panels open. It’s an invitation to the reader to participate in the story, not just to read it but to put some of themselves into it as they work to complete the details in their imagination.  Bidikar wonderfully does the same thing with his word balloons and caption boxes, mimicking Charretier’s looseness but giving the images and the words the room to co-exist.

The woman races death to remember her life.  Or is it that she’s being shown what she should remember.  Death here is that hoary image of the grim reaper.  It’s the menacing harvester that we all supposedly meet in the end.  But Death gives this woman something.  It allows a challenge to be declared, a race that she decides the route on.  It’s a race that she has no chance of winning so why?  What’s the point of this race if she’s just going to die at the end of it anyway?

You would think that a comic about death and dying would be an extremely heavy thing and there's plenty of text and subtext in this comic that supplies that heaviness.  But there's also an airiness to it.  Charretier bathes this comic in a single, orangish-yellow hue.  Outside of the heavy blacks that accompany death, the comic, every page is colored in an almost pure sunlight.  The black robes of death stand out against the bright lights of Paris and Paris never gives an inch to the darkness.  The heady concepts of this story are counterweighted by the bright, warm colors that light the woman's path.

Death may look and sound menacing but that’s what we who have never gone through it think about it and it makes sense.  It’s the end so it should be scary and menacing but Zdarsky and Charretier present it as something different.  The woman isn’t afraid to die but she is afraid to let go of the anger and the memories behind that anger.  Charretier shows us a woman who runs through Paris and her memories.  This is no “rage, rage against the dying of the light” moment but it is more than just a race through the past.  It’s this moment of being present but also of remembering.

It’s the moment when my dad shuddered.  I don’t know if he experienced a race, bright light at the end of a tunnel or if there was nothing.  My doubt and uncertainty of that event are something that I still wrestle with daily.  But I like the image that Zdarksy and Charretier give us, the acceptance and peace that they probably hope are there right at the end.  They are there on the last page of their comic and it’s something to hope for.  There’s a part of me that thinks my dad had already slipped into a nothingness well before that nurse’s visit.  But there’s also the part of me that hopes like her, he was surrounded and enveloped by everyone who had gone on before him, welcoming him and giving him some peace in his final breath.

We Run is available on Elsa Charretier's webstore, bundled with her excellent 2nd sketchbook. 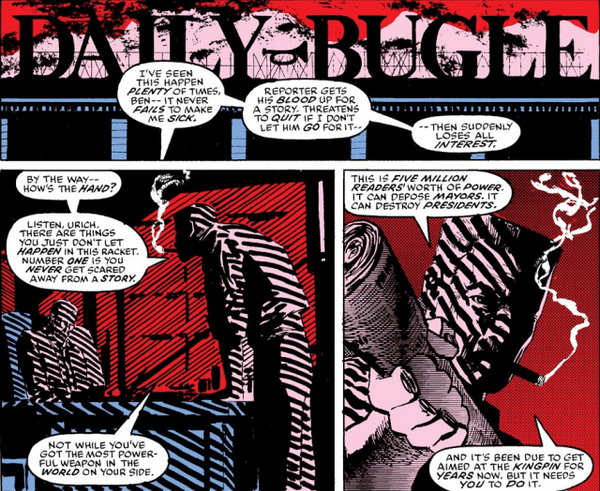